Given the right constellation of a spacecraft, Earth and the Sun, the radio signal has to pass the so called solar corona. The solar corona is a kind of atmosphere of our Sun. The hot and turbulent plasma in the corona has a strong influence of the propagation of the radio signal. That’s why most of the usual radio-science observations (occultation, gravity, bistatic radar experiments) are not possible during these constellations. Therefore, during times of solar conjunctions, large scale structures, but also events on short time scales like coronal mass ejections (CMEs), are investigated. 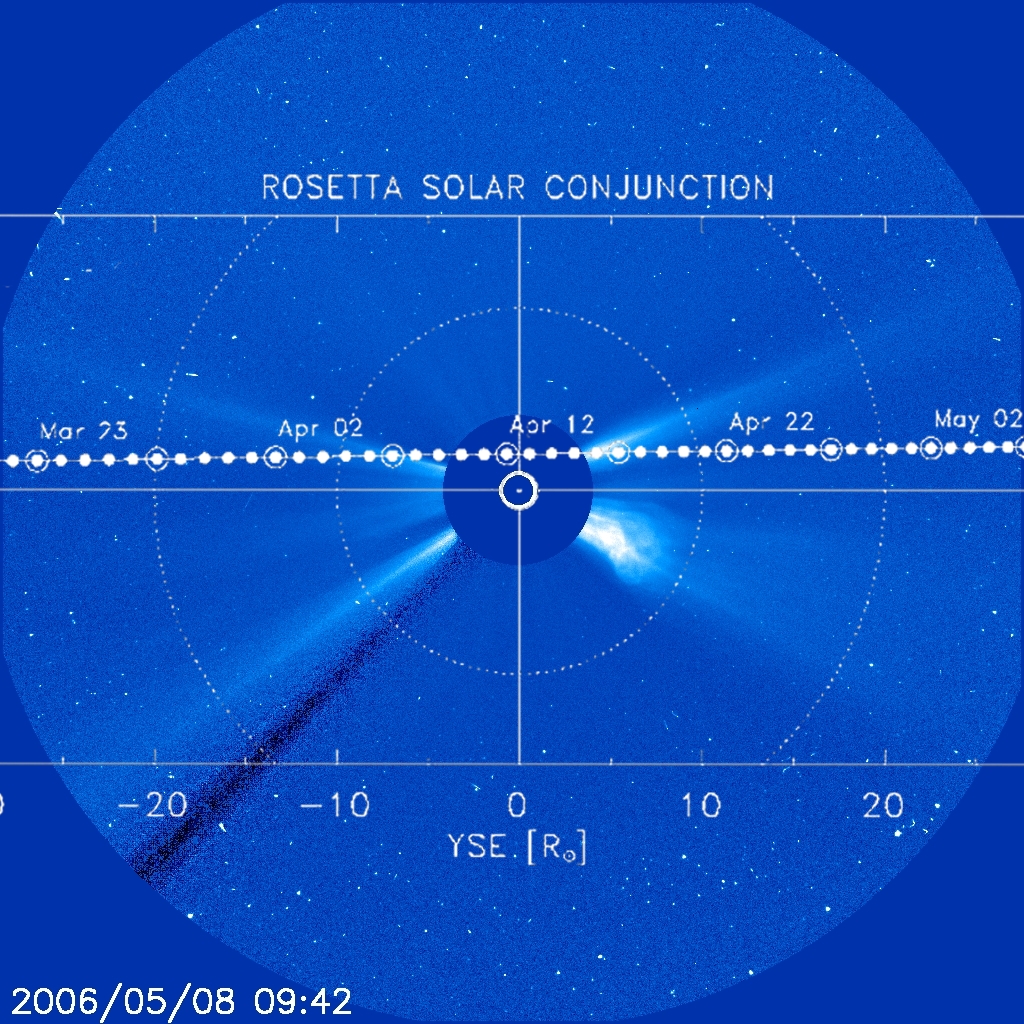 Figure 1: Image of the LASCO coronagraph onborad the SOHO spacecraft showing the solar corona. Brighter colors indicate areas of enhanced coronal plasma density. The apperent position of the Rosetta spacecraft during its 2006 solar conjunction is overlayed to the image. The bright area on the lower, right side of the solar disk shows a coronal mass ejection.

Figure 2: Configuration of a solar corona radio sounding experiment. A groundstation on Earth transmits a signal at X-band to the spacecraft (uplink). The spacecraft retransmits two signals at S- and X-band back to Earth (downlink).

Using a dual frequency downlink makes it possible to measure the change in electron content along the radio ray path. A changing electron content leads to a small change in the signals frequency. The frequency shift is different for the S- and the X-band signal. This makes it possible to measure these changes relative to the beginning of the measurement with a high precision and temporal resolution. Small structures and temporal variations, like coronal mass ejections, can thus be investigated. 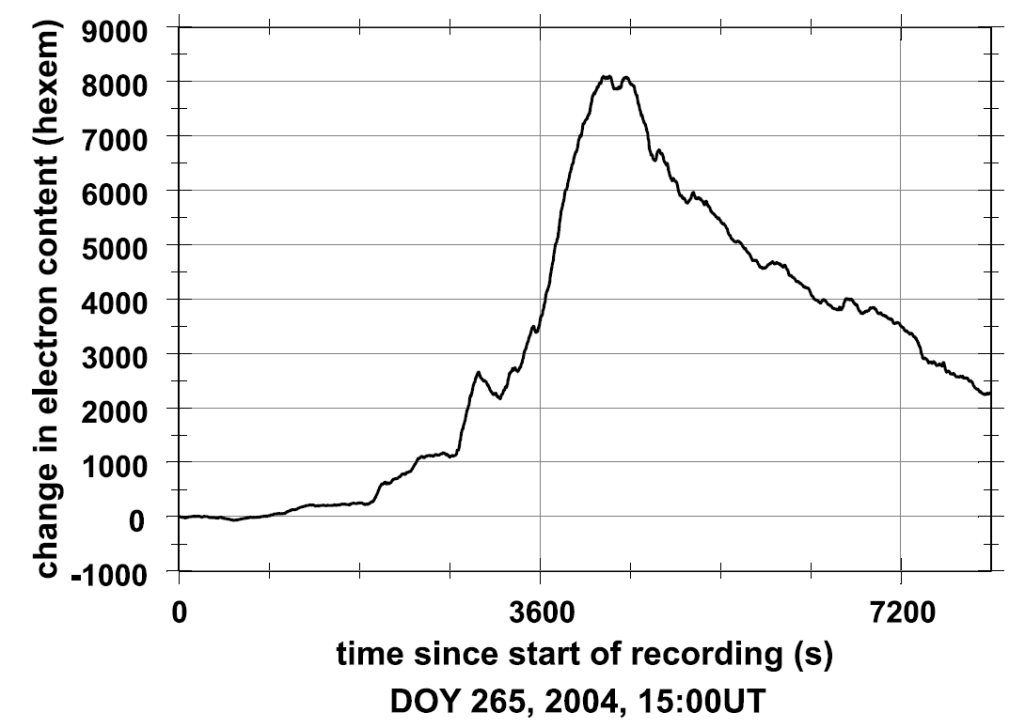 Figure 3: Measurement of the change of electron content as a coronal mass ejections passes the signal ray path. At the beginning there are only small variations. After about an hour the electron content increases dramatically. After reaching its maximum it slowly decreases again.

It is also possible to measure the total electron content along the signal ray path. It leads to a delay in propagation time between the groundstation and the spacecraft. From the difference of these delays for the X- and S-band signal the total value of electron content can be derived. This yields the large scale electron density distribution in the solar corona. Results show that it decreases with increasing distance from the Sun. An exception are coronal holes and streamer regions. Above coronal holes a reduced electron density is observed. Coronal holes are source regions of the so called fast solar wind (800 km/s). Coronal streamers arise from active regions on the solar surface and usually show an enhanced electron density. Coronal mass ejections often emerge from streamer regions. 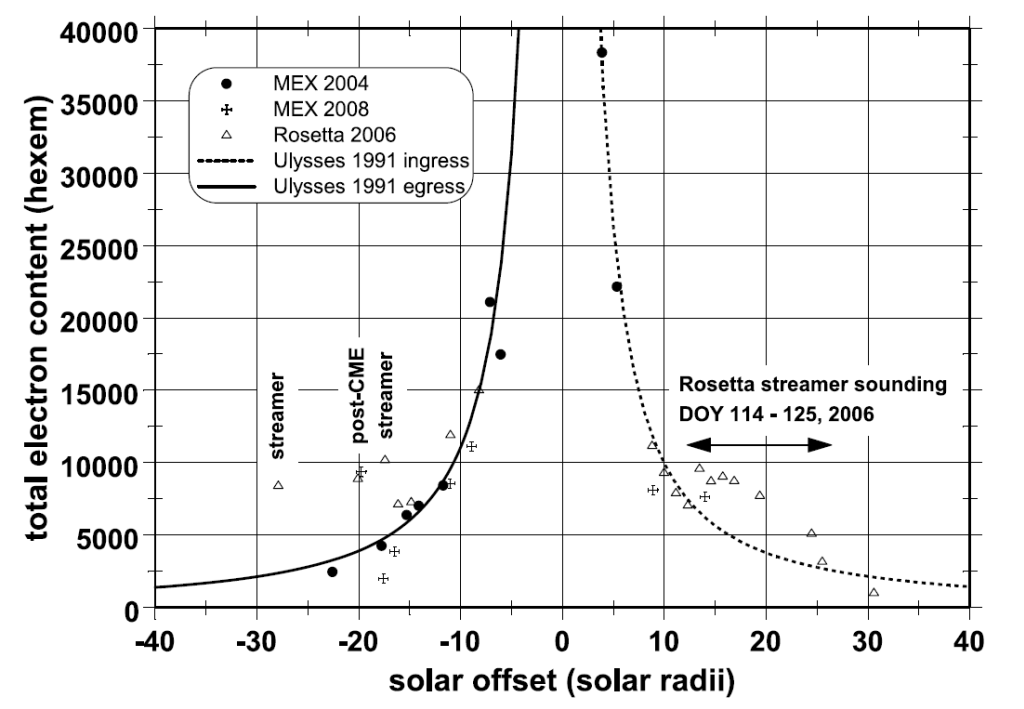 Figure 4: This figure shows the total electron content as a function of the distance to the Sun. The overall structure remains constant more or less for several years. That might show, that the plasma density is independent from the 11-year solar cycle.

In the two-way mode, described above, the up- and the downlink signal path are spatially separated. As the spacecraft and the groundstation on Earth are moving fast in space during the signal propagation the paths are not aligned perfectly. A fast propagating coronal structure like a CME, thus hits one of these signal paths first. The delay between the interaction with the two paths can be derived from the recorded data. As the position and velocities of the groundstation and the spacecraft are well know, the propagation speed of the CME can be derived.