What are extrasolar planets?

Since the detection of the first extrasolar planet around 51 Pegasi (Mayor & Queloz, 1995), the search for extrasolar planets has been intensified. Around X planets have been detected in our galaxy (May 2014). Figure 1 compares the planetary system 51 Pegasi with our Solar System and visualises the difference in size between the two. 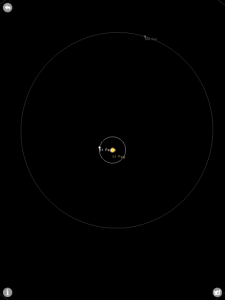 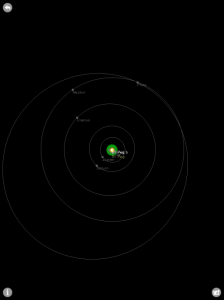 Figure 2 shows the nomenclature of extrasolar planets, which is composed of the name of its central star and small letters in alphabetical order starting with b of their detection from the inside to the outside. 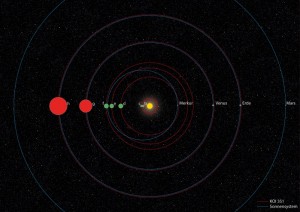 The detected extrasolar planetary systems show a wide range of evolution states. There are planets that orbit their host star on very close eccentric orbits (e> 0.3). By comparison, the largest eccentricities in our Solar System are e = 0.2 for Mercury and Pluto. Other extrasolar planets are on orbits that have much shorter distances from their star than Mercury (0.39 AU), the closest planet to the Sun in our Solar System. Not only do the orbits of extrasolar planets have a high variability, they even differ in their internal structure and composition (e. g. rocky planets and gas giants). Besides there are not only main-sequence stars like our Sun, but also low-mass stars, giants, white dwarfs and pulsars, which are orbited by planetary companions. 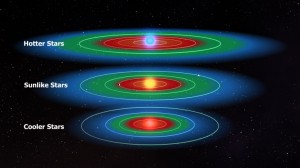